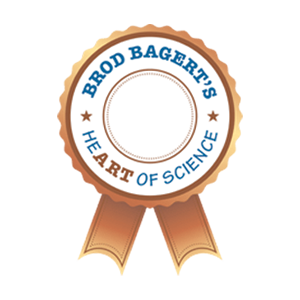 Imagine having a body of content-rich, dramatic literature that teaches your entire science curriculum.  Now imagine that this material is sufficiently content rich that it requires little supplemental instruction, and that it is so entertaining that your students actually love performing it. An impossible dream? Welcome to the heART of Science!

What began as the Muse Project – a collaboration between poet Brod Bagert and over three thousand U.S. classroom teachers – has culminated into a comprehensive collection of performance-based content-literature for each core discipline spanning grades K-12. The texts consist of all original Brod Bagert poems, dramatic monologues-dialogues, and plays.

HOW DID THIS GET STARTED? Fifteen years ago Brod Bagert began toying with the notion of writing content poetry for the entire K-8 curriculum: science, history, math, etc. Longing for the kind of inspiration that only classroom teachers could provide, in March of 2012, he reached out to a select group of classroom teachers who responded with a tsunami of enthusiasm and a long list of topics for new poems. The Muse Project was born.

The resulting material folds easily into either local or national core curriculum standards and lines up well alongside Standards and Benchmarks across the grades K-12 teaching spectrum.

I’m just a cookie on a plate
awaiting every cookie’s fate.
Someone bit me! Oh the fear!
Holy smoke, it’s dark in here!

Tooth enamel, sharp and white
tearing, grinding, left and right.
Saliva swishing all around.
Oh no! I think I’m going down!

This esophagus thing is a very tight space.
It starts in a neck right under a face.
A breathing-squeezing kind of hose
that deep into a stomach goes.

Feel the acid! Feel the burn!
This stomach has begun to churn.
I’m turning to liquid! I’m turning to gas!
Digestion progression is terribly fast!

But something has begun to smash,
and now I’m falling… falling… SPLASH!
I’m floating in a big white well.
Oh disgusting! What’s that smell?

It’s what our bodies love to do – Turning cookies into poo.

Knowledge in Motion
by Brod Bagert

Newton declared the magnificent notion
that three basic laws governed objects in motion.
This giant idea was the ultimate thing,
and for almost three centuries Newton was king.

Then Einstein declared,
it’s important to know
that these laws only work if the motion is slow
but when speeds start approaching the swiftness of light,
the laws of Sir Isaac are no longer right.

So you see how our knowledge keeps inching along.
It seems perfect today, but tomorrow it’s wrong.
And who will be next to propose something new?
First Newton… then Einstein… and next?… Maybe you.